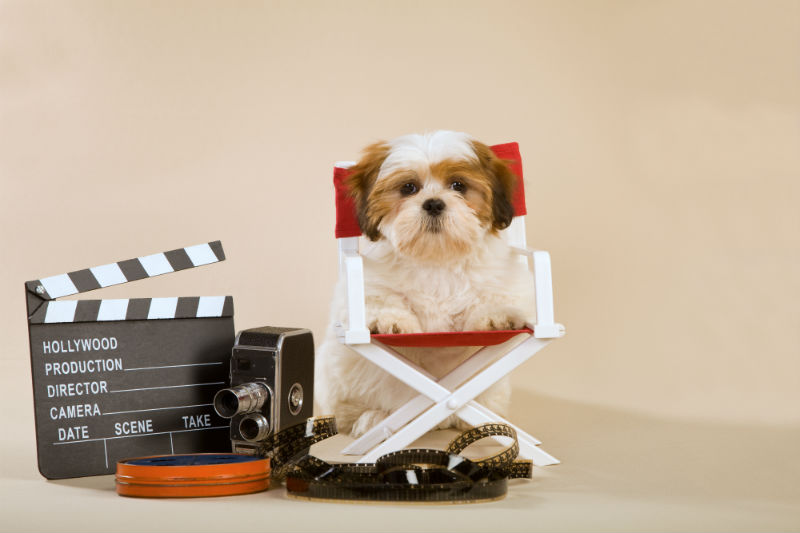 We’ve all got favourite movies, some of them include ‘man’s best friend.’

Whether animated or not, some of the best movies have our four-legged friends in the cast. There are just too many to list them all, here are a few famous ones.

When I think of films with animals, my first thought is of Hooch (Turner & Hooch 1989). I was just a kid when that film came out and it was my favourite, I wanted a Hooch of my own! I thank Beasley (his real name), as I believe he is what made me want to work in the animal world. He made me realize how loyal and smart dogs are. Come on; he helped solve a murder! And I was nine years old.

There are of course the classics, Lassie (1943) – funny enough, she was usually played by male Rough Collies, as they have thicker and more pleasing coats. She was loyal, courageous and honourable, always helping her humans out of dangerous situations. Everyone wanted a Lassie!

Then you have Toto, beloved companion to Dorothy in The Wizard of Oz (1939). Toto was a female Cairn Terrier named Terry, playing a male role. She went on to act in many other films, there is a Toto Memorial in the Hollywood Forever Cemetery.

The Little Rascals (1927-1938) Pete, is an icon! Pal, the Wonder Dog, was the original Pete, but when he passed away, his offspring Lucenay’s Peter took over for him. They had to draw on the ring around his eye, as his sire Pal was born with it.

Rin Tin Tin (1923) was named Rinty. His owner rescued him from a kennel in France in 1918. When they reached the United States, his owner looked for acting work for Rinty, as he could jump to incredible heights. He was featured in 25 films, including an Oscar nomination for best actor, which was pulled as the dog would beat out all other nominees.

Old Yeller (1957) is probably one the saddest stories of all animal movies. Dog saves the boy; the boy must put the dog down. Not a happy ending, but an admirable animal. The Spike-Labrador Retriever/Mastiff mix was in many movies and TV shows, even an episode of Lassie!

Benji (1974-2004) was yet another shelter rescue dog. Higgins had a long career of 14 years! When he passed in 1975, his offspring Benjean took over the role of Benji. Higgins was also on Petticoat Junction in the 1960’s.

One of my favourites was also Eddie from Frasier (1993-2003), Moose, a Parson Russell Terrier, had only six months of training before landing his role on Fraser at three years old. His spunky attitude made him a fan favourite. He passed in 2006 after battling with dementia.

You can’t leave out Marley & Me (2008), another tearjerker for canine lovers. Because the movie spans over 14 years, 22 yellow Labrador Retrievers were used as Marley. The film hits so close to home, but hard not to love, as you see what many Labrador parents go through.

I hope you enjoyed this little journey down memory lane, I know it was fun looking back at the classics.